I received my doctorate at the University of Notre Dame. During those years, I provided therapy and assessment services both on and off-campus. I also did a 1-year internship in Montana, where I worked at Montana State University and on the Crow Indian Reservation.

My graduate research focused on the psychological aspects of conservation and environmental issues, and my dissertation explored environmental values and how they develop. These experiences influenced my clinical work by making me more sensitive to the unique cultural and personal values that each person brings to the therapeutic process. To this day, I place great importance on understanding, respecting, and working with the core values and beliefs of each client.

After receiving my doctorate, I spent a few years away from Psychology, working in conservation activism, advocacy, and environmental education. I also continued to develop my ideas about value systems and values change. I eventually decided to return to clinical work and accepted a resident position at the University of Wyoming, where I worked at the University Counseling Center, Student Health Services, and the free Downtown Clinic in Laramie.

Once my residency was complete, I decided to build a more permanent life for myself in the Pacific Northwest. I relocated to Portland, got licensed as a Psychologist, and set up an independent private practice. In those early years, I made ends meet by contracting with the Oregon Department of Corrections. I provided therapy and educational services at the Oregon State Penitentiary in Salem and at the Columbia River Correctional Institution in Portland.

Throughout these experiences, I made frequent side-trips to explore the people and places of the United States and the world at large. As a result, I have been fortunate to see much of our beautiful nation, to live overseas for extended periods of time, and to immerse myself in cultures very different from my own. I mention these travels, because they have greatly impacted my therapy style and my ability to work with diverse clients.

At this point in my career, I have been in private practice for over 13 years, and my approach to therapy continues to evolve in response to my life experiences, both inside and outside the office. Some of the most impactful of these experiences have been marriage, parenting, and the loss of my wife to cancer. Each experience deepens my understanding of humans and how we suffer, as well as how we can heal in the face of suffering. 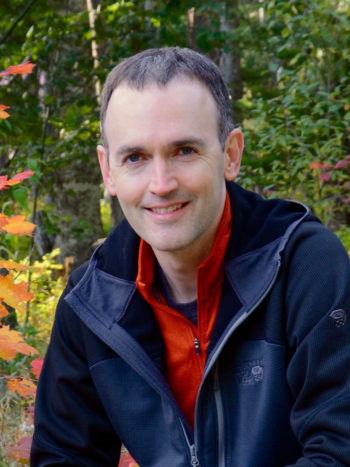 Since opening my private practice in 2006, I have not prioritized research or professional publications. What follows is a list of my formal writings and publications, as well as other articles and interviews with which I have been involved.

Noethe, J. B. (1996). A psychological approach to avoidance behavior in the use of high-efficiency lighting. Unpublished master’s thesis, University of Notre Dame, Indiana.

Below is a list of authors and books that have influenced my perspectives over the past 30 years or more. These books cover a wide range of ideas and styles. I hope you find something here that challenges your understanding and gets you thinking in new ways! (For even more book recommendation, see my Therapy page.)

Ernest Becker – The Denial of Death

Paulo Coelho – The Alchemist / Warrior of the Light

Bryce Courtenay – The Power of One / Tandia

Robert A. Heinlein – The Moon Is a Harsh Mistress / Starship Troopers / Stranger in a Strange Land

Benjamin Hoff – The Tao of Pooh / The Te of Piglet

Jack Kerouac – The Dharma Bums / On the Road

Farley Mowat – A Whale for the Killing / Never Cry Wolf

Daniel Quinn – Ishmael / My Ishmael / The Story of B / Beyond Civilization

Alan Watts – Tao: The Watercourse Way /  What is Tao? / Does it Matter? / Still the Mind

Isabel Wilkerson – Caste: The Origins of Our Discontents

Howard Zinn – A People’s History of the United States

I work as an independent practitioner in Portland, Oregon, and while I share office space with other psychotherapists, our practices are not affiliated in any way.

Texting and e-mail are NOT completely private and should not be used for confidential information. For secure communications and file transfers, I use Signal. Thank you!